Cook Inlet Tug & Barge was formed in 1924 by the Anderson Family. Originally named Anderson & Son’s Transportation Co., the family owned business helped build Alaska by providing marine services to contract mail, passenger and cargo services between Cook Inlet and Prince William Sound and all the way to Kodiak, Dutch Harbor, Anchorage and Seward and as far south as Puget Sound. Re-incorporated after World War II as Cook Inlet Tug & Barge, we have taken pride in being a market leader in the areas we have served. In 1964, after the big earthquake, Cook Inlet Tug & Barge refocused its efforts by providing premium marine services throughout South Central Alaska, especially Cook Inlet and the Port of Anchorage. We take pride in providing excellent services in a very unique and challenging environment.

At Cook Inlet Tug & Barge, our Health, Safety, Quality and Environmental programs are of paramount importance. We are a certified operator with The American Waterways Operators Responsible Carrier Program. The AWO Program operates under three principal areas: Management and Administration, Equipment and Inspections, and Human Factors.

To be the best Alaskan tug & barge company without question.


We are Safe.
We put safety first.

We are Reliable.
We take care of our customers.
We conduct business with honesty and integrity.

Cook Inlet Tug & Barge has always supported the communities in which we live and work. As part of the Saltchuk family of companies, we have a commitment to give back 1%. Learn More about CITB's GIVINGTrax. 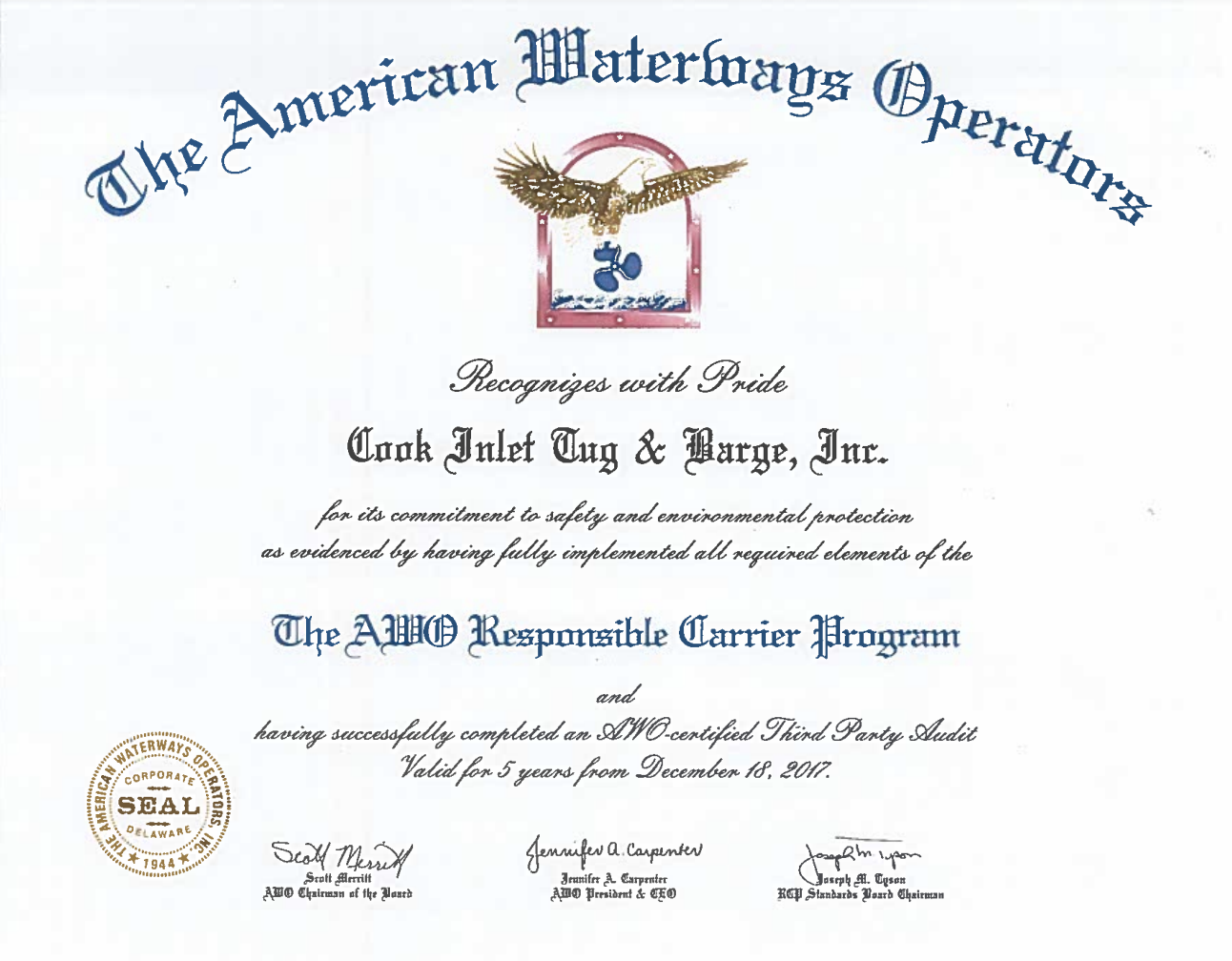